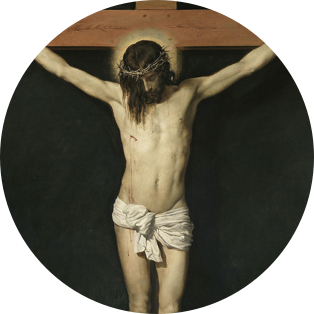 The Benedictine monks came to Leyland in 1845 and after using temporary chapels for several years, the first Church of St. Mary’s was built on Worden Lane in 1854

Their coming was in the nature of a return, for the pre-reformation monks of Penwortham Priory, a dependant house of Evesham Abbey, had been granted the patronage of St. Andrew’s, Leyland, in 1334, by Pope John XXII. Accordingly, the Benedictines in the 19th Century first dedicated their church to the same saint; but later, they made a tactful change and dedicated it to Saint Mary of the Assumption.

In the mid-nineteenth century the Catholics of Leyland numbered perhaps a few score, and at the turn of the century, this number had grown to around 500.

But because of Government policies and the development of Leyland Motors and other heavy industrial concerns Leyland was to undergo change, from a lovely quiet village into a busy industrial town. The number of Catholics was growing and despite an enlargement of the original church in 1919, this was not enough to accommodate the Catholic population in the late 1950’s and early 1960’s, the number then having developed to well over 5,000. Something had to be done and Fr. Edmund FitzSimons, Parish Priest from 1952, after a great deal of careful thought and consideration, came up with the then revolutionary design for a circular church with a central altar, and having obtained approval from Cardinal Heenan, the plan entrusting the work of design to Jerzy Faczynski, went ahead. The Cardinal blessed the foundation stone in 1962 and the new church was completed ready for its consecration and dedication by Liverpool’s Archbishop Beck in April 1964.

“When I came to Leyland 36 years ago it was a delightful dreamy old Lancashire village. We had a dear old Mission Chapel and an All-age School built in 1797, and contented and warm hearted people. What a glorious place to settle in. The dream was soon to be shattered. The Whitehall boffins seized on Leyland as an ideal overspill town. The rolling acres of cheap land and the more than full employment produced an avalanche from the over crowded towns of Preston, Wigan and Manchester. Sponsored houses went up by the hundred – alas, we were not prepared to receive the inmates.

The total income of the Parish at that time was £55 a week from all sources – offertory collections, door money, outdoor collections; sales of tomatoes, grapes etc (shades of dear Fr Parker).

We were now going to face the expenses of hundreds of thousands of pounds. What could we do? We had no time to form committees – in fact we had no place to meet except the old 1914 Army hut in the Cemetery. What did you do? You rallied round in hundreds. Little did you know it, but you created a massive Parish Workers Co-operative the like of which was the envy of the Diocese.

Do you remember in the early days of starting a Football Pool – and reaction to that in an old world Lancashire Village?

This was your first life saver and I mention it to emphasise your untiring efforts. Over the years it produced £200 000 – the modern equivalent would be well over a million pounds. In the space of twenty years you established a school at Golder Hill, a Nursery and Infants School at Haig Avenue, A High School at Royal Avenue, a Primary School at Seven Stars, the Priory Club and your crowning achievement – your magnificent Church. I am mightily proud of you and you are always in my prayers – please remember me in yours sometimes.”